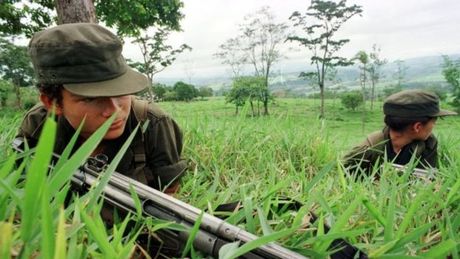 Colombia's FARC guerrillas urged another rebel force to release a missing journalist, a rare gesture of support for the government over the sensitive issue of kidnappings as a peace deal nears.

The Colombian government says the ELN kidnapped Hernandez, missing since Saturday, and two other journalists who disappeared this week.

"Today it is Salud Hernandez. Tomorrow it could be any Colombian. This practice must end forever in Colombia. Peace requires that she be freed," Jimenez wrote on Twitter.

The ELN has not claimed responsibility for the journalists' disappearances. Defense Minister Luis Carlos Villegas said Thursday the government was certain the group was responsible.

Jimenez, known by the nom de guerre Timochenko, is in Cuba, where the FARC are holding peace talks with the Colombian government.

They say they are close to signing a peace deal to end the half-century conflict.

The ELN is the second-biggest guerrilla group in Colombia.

It said in March it would hold peace talks with the government, but that plan has stalled because the rebels are accused of continuing to carry out ransom kidnappings.

The Colombian conflict, which started as an uprising by farm workers in the 1960s, has drawn in various armed groups and gangs over the decades, leaving 260,000 people dead and 45,000 missing.