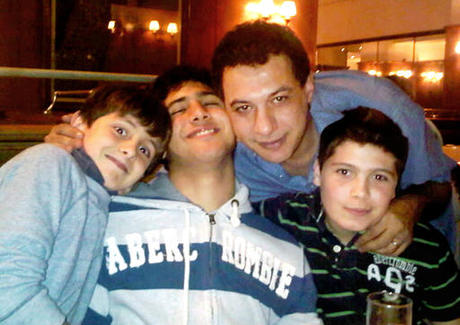 Marwan Abdullah, a nephew of Zakka, told An Nahar newspaper that the latter's health has deteriorated in prison, quoting the detainee's wife who visits him once a week.

“The trial session was postponed and the family was not given any reasons,” Abdullah said.

“Until the moment, Nizar does not have a lawyer due to the fact that the family has submitted a list containing the names of several lawyers of whom none has been accredited. They instead accepted someone whose objectivity was questioned by us and this is why we didn't agree to his appointment,” Zakka's nephew added.

He also denied an announcement by Lebanon's foreign ministry about a visit by the Lebanese consul in Tehran to Zakka in his prison, lamenting what he called “major negligence” from the Lebanese authorities.

On May 23, Iranian official Hossein Jaberi Ansari announced that Tehran "will try to speed up" the case of Zakka, who is a U.S. permanent resident, in the first Iranian acknowledgment of the man's detention.

Zakka had disappeared in Tehran in September after attending a government-sponsored conference.

Although no charges have been announced, Iranian media has accused him of being an American spy, allegations vigorously rejected by his family and associates.

"The Iranian government will try to speed up the process of addressing this issue and provide any help possible, but ultimately a legal case should be addressed by judicial authorities," Ansari said in Tehran at a weekly news conference. "Any verdict by the judicial authorities will be the final ruling and we do not intervene in judicial rulings."

The Associated Press reported in May that the Washington-based nonprofit organization headed by Zakka, IJMA3, had received grants totaling $730,000 from the U.S. government for Middle East projects. It is not clear from records obtained by the AP if any IJMA3 work involved Iran.

Zakka's family and his supporters are pressing the U.S. government to become more active in trying to obtain his release, arguing that his arrest was due to his ties to the United States.

Supporters have written Secretary of State John Kerry stating Zakka traveled to Iran "with the knowledge and approval of the U.S. State Department, and his trip was funded by grants" from it.

It's still unclear what prompted Iranian authorities to detain Zakka. His supporters say his September trip marked the fifth time he had traveled to Iran.

Relations between Iran and the U.S. remain tense even after the recent nuclear deal and a prisoner swap in January that freed Washington Post correspondent Jason Rezaian and three other Iranian-Americans.

At least two Iranian-Americans are imprisoned in the Islamic Republic -- Iranian-American businessman Siamak Namazi and his 80-year-old father Baquer Namazi. Also unaccounted for is former FBI agent Robert Levinson, who vanished in Iran in 2007 while on an unauthorized CIA mission.