Mali to Hold Local Polls in November despite Unrest 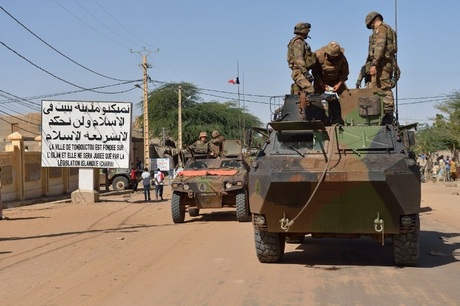 Voters in Mali will be asked to go to the polls in local elections across the vast Sahel nation in November, despite the threat of attacks by armed Islamists, the government has announced.

At a meeting led Wednesday by President Ibrahim Boubacar Keïta, the cabinet "adopted a draft decree on convening (the electorate), opening and closing the electoral campaign for ... electing local councillors," an official statement said.

Local councillors and mayors are normally elected for five years in the largely desert west African country, where the last such polls were held in 2009. However, no election was held in 2014 because of insecurity.

Northern and central parts of Mali frequently come under attack by jihadists, despite a peace pact sealed in mid-2015 by the government, armed groups that back it and mainly Tuareg former rebels who battled the army in the north.

The authorities nevertheless decided to call out voters "on Sunday November 20 across the whole of the national territory in order to go ahead with the election of local councillors", the statement said.

Major desert towns including Timbuktu fell under the control of armed Islamists linked to Al-Qaeda in 2012. An international military operation drove out the jihadists early in 2013, but the Islamist forces still operate in large areas.

Local elections were initially planned for September 25, according to a timetable recently made available by officials and the UN Mission in Mali, MINUSMA.

That schedule also provided for a constitutional referendum on November 27, regional elections in the first quarter of 2017, a presidential poll in July 2018 and parliamentary elections four months later. It was not possible late Wednesday to confirm that these dates still held good.