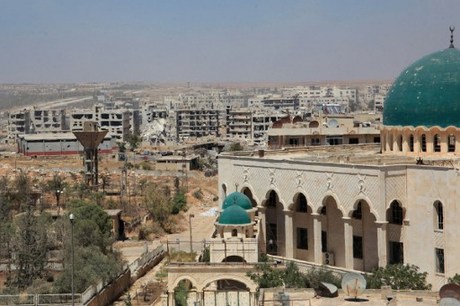 Russia's military has deployed a "mobile observation post" to monitor the ceasefire on the key Castello Road heading into the shattered Syrian city of Aleppo, Russian news agencies reported Tuesday.

Russian wires reported from Aleppo that the post had been set up "at the entrance" to the city, on the road which provides a vital link to deliver humanitarian supplies to those still living there.

The Castello Road to the north of Aleppo is a key flashpoint that runs to the rebel-held part of the city but has been controlled by Syrian regime forces.

Under a ceasefire deal hammered out by Moscow and Washington that came into force Monday evening the route is meant to be demilitarized, with pro-regime and government forces supposed to pull back in a bid to allow aid to pass through.

Russia's military said Monday that Syrian forces were ready to withdraw "simultaneously to" opposition forces, but Russian agencies did not report that the pull-back had started.

The news agencies reported that military observers had also been deployed to the city of Hama.

Russia has been flying a bombing campaign in Syria in support of President Bashar Assad since last September.