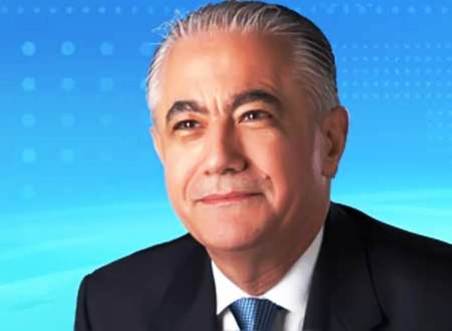 Al-Mustaqbal MP Ammar Houri said on Wednesday that MP Michel Aoun tried to polish up his image with al-Mustaqbal Movement, as he emphasized that a solution for the presidential file is in the hands of Hizbullah.

“Freeing the presidency file is in the hands of Hizbullah which does not want any candidate for the presidency, not even General (Michel) Aoun,” said Houri in an interview to VDL (100.5).

“Until this moment (al-Mustaqbal Movement chief) ex-PM Saad Hariri is still in a stage of consultations. He has not changed his old position as for the nomination of Marada chief MP Suleiman Franjieh. But at the same time he is open to all options,” added Houri.

“We are in a transitory period and await for Hariri to finish his consultations inside Lebanon and abroad,” he added.

On the statements made by Aoun in a televised interview on Tuesday, Houri said: “General Aoun tried to polish up his image with Mustaqbal. His stances were brushed which is normal for any (presidential) candidate wishing to market himself.”

Aoun hailed on Tuesday his latest meeting with Hariri as “very positive.”

Hariri's return recently to Lebanon has triggered a flurry of rumors and media reports about a possible presidential settlement and the possibility that the former premier has finally decided to endorse Aoun for the presidency in a bid to break the deadlock.

Hariri's move prompted Geagea to endorse the nomination of Aoun, his long-time Christian rival, after months of political rapprochement talks between their two parties.

can't help being bored by the monotonous mustahbal routine speech.

fine, but keep your boredom to yourself and not on a public forum. People might mistake you for a troll.

your pal Shimon said in 2013 that a bored person is a dying person.

with so many of you around justin, it's hard to make that mistake.

Bold, and Hilarious
Whip-Smart comment
@mowaten
What can one say, another E-X-C-E-L-L-E-N-T comment. I particularly enjoyed the part where you said "lol that picture"
Still laughing since January 2015.
Thank you for making our lives so much better.
Thank you

Mr Houri: please do not let PM Hariri make a mistake. The one by Hakim is more than enough.

True but it's all window-dressing. They're playing us.