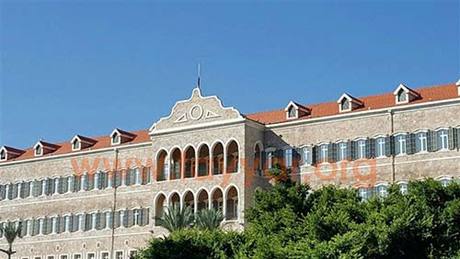 Prime Minister Tammam Salam chaired a cabinet meeting on Thursday at the Grand Serail, where the ministers discussed the agenda's items that have been pending since the last session two weeks ago.

The session witnessed a hot debate between the ministers over the thorny issue of appointments.

Salam adjourned the session after around 90 minutes when a dispute erupted between the ministers over the thorny issue of appointments.

But the PM soon resumed the meeting after a quarrel between Bou Saab and another minister whose name was not disclosed.

The ministers agreed to appoint Fouad Ayoub as president of the Lebanese University, and Abdullah Ahmed as Director General of the Ministry of Social Affairs.

Before he joined the interlocutors, Bou Saab said: “Minister Bassil is not going to attend the meeting, and this has great connotations. We are participating today because there are some positive atmospheres in the country. This session is a test for the positions and how we are going to be dealt with.”

Ahead of the meeting, Minister of Social Affairs Rachid Derbas said: “Some appointments might be made during the session.”

For his part, Interior Minister Nouhad al-Mashnouq said it is “unlikely to agree on major issues including the appointments.”

Hizbullah Minister of Administrative Development Mohammed Fneish said: “Because we are keen not to obstruct, Hizbullah decided to participate in the cabinet meeting,” as he highlighted the necessity not to discuss controversial issues.