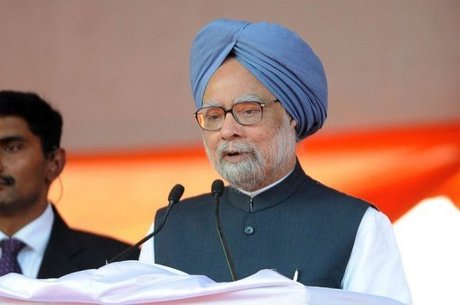 India's economic growth slumped to a two-year-low 6.9 percent in the second quarter, data showed Wednesday, as it was hit by a string of rate hikes and a stumbling global economy.

The expansion in July-September was the weakest since the three months to June 2009 when the economy grew just 6.0 percent year-on-year as Western economies were emerging from the global financial crisis.

"We shall have to try to face the situation and to see what best we can do."

He has been steadily lowering his growth forecast since February as the economy has slowed under 13 rate hikes in 20 months to curb near 10 percent inflation.

The slowing growth is an additional burden for the Congress-led government, which is facing strident opposition to its attempt to jump-start its stalled reforms agenda by opening up India's vast retail market to global competition.

Prime Minister Manmohan Singh's popularity has already been sapped by surging prices, which have hit India's poor masses hardest, and a streak of corruption scandals that sparked huge anti-graft protests.

The growth data for the three months to September was sharply below the 7.7 percent expansion logged from April to June, and the 8.4 percent growth posted a year ago.

India's manufacturing output grew just 2.7 percent year-on-year, down from 7.2 percent in the first quarter of the year.

A combination of high inflation and higher interest rates "is bearing down on consumption," said Robert Prior-Wandesforde, head of Asian Economics at Credit Suisse.

On Monday, the Organization of Economic Cooperation and Development (OECD) warned the global slowdown was set to hit emerging giants India and China, but could also bring a respite from inflation.

China's growth eased to 9.1 percent in the past quarter from 9.5 percent in the previous three months -- its lowest in two years, hit by efforts to tame inflation and the global economic turbulence.

The Indian government -- hamstrung by debt -- lacks the fiscal firepower to stimulate the economy, making it less able to weather another global downturn after the financial crisis of 2008-09.

Analysts said the slowing economy would pile more pressure on the rupee which has slid by more than 14 percent against the dollar in 2011 as investors flee emerging markets for safer havens, rattled by the Eurozone debt crisis.