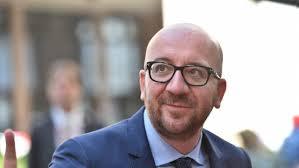 Belgium has conceded it cannot sign off on a landmark EU free trade deal with Canada because of continued objections from Wallonia and other regional leaders who rejected a late Monday deadline.

Without Belgium's signature, the other 27 European Union nations cannot go ahead, leaving the bloc stuck in another bitter stand-off after Brexit and with its much vaunted unity shattered amid growing popular distrust of international trade deals.

"We are not in a position to sign CETA," Belgian Prime Minister Charles Michel said after brief talks with the country's regional leaders in Brussels broke up without an accord.

The pact, known as the Comprehensive Economic and Trade Agreement (CETA), would link the EU market of 500 million people, the world's biggest, with the tenth largest global economy.

"The federal government, the German community and Flanders said 'yes.' Wallonia, the Brussels city government and the French community said 'no'," Michel added.

Leaders of Wallonia, a 3.5 million strong French-speaking region south of the capital Brussels, are in particular asking for more time to negotiate terms.

But European sources said European Council president Donald Tusk on Sunday called for an answer from Belgium by late Monday so he would be able to tell Canadian Prime Minister Justin Trudeau whether or not to attend a CETA signing ceremony in Brussels on Thursday.

Wallonia leader Paul Magnette said earlier as he left the talks that he could not endorse the accord under such pressure.

"Prime Minister (Michel) told us that the head of the European Council Donald Tusk wanted an answer from us today, yes or no," Magnette said.

"It is evident that in the current circumstances, we cannot give a 'yes' today," he said.

At the start of talks, Magnette had warned: "We will never decide anything under an ultimatum or under pressure."

Wallonia parliament head Andre Antoine told Belgium's RTL radio earlier that it was important to get the deal right as it could pave the way for even larger and more far-reaching trade pacts with economic powers such as the United States and China.

"We must therefore have a solid legal basis," he said.

Wallonia leaders say more time is needed to study a draft deal which Antoine said is massively complex and covers "300 pages of the treaty, 1,300 pages of appendices."

Magnette and other critics especially fault terms supposed to protect international investors which, they say, could allow them to force governments to change laws against the wishes of the people.

CETA is opposed by anti-globalization groups who say it is a test model to push through an even more controversial EU-U.S. trade deal called TTIP, talks on which have also stalled.

Wallonia has some support around Europe and from non-government organizations like Greenpeace, which fears the deal will reward "corporate greed" at the expense of hard-won EU health and environmental standards.

Apart from sowing tensions with the European Council and the European Commission which strongly support the deal, Wallonia's position highlights long-standing divisions in Belgium between the northern and wealthier Flemish-speaking region of Flanders, which backs CETA and sees its southern, French-speaking left-leaning compatriots as wasteful spendthrifts.

Canada has made no secret of its irritation with Belgium and the EU.

Chrystia Freeland, the Canadian trade minister, appeared on the verge of tears Friday after walking out of negotiations with Magnette and blasted the EU as "incapable" of signing international agreements.

The botched negotiations over the deal strike a further blow to a Europe in turmoil following Britain's shock vote in June to leave the bloc, as well as sharp divisions over the migration crisis and opposition to austerity medicine imposed on Greece and other debt-hit EU countries.

During a press conference on Monday, European Commission spokesman Margartis Schinas sought to give breathing room to the Belgian hold-outs.

He insisted that the Commission, the EU executive, "is not in the habit of working with ultimatums or deadlines" and urged patience for a deal he said was still possible.