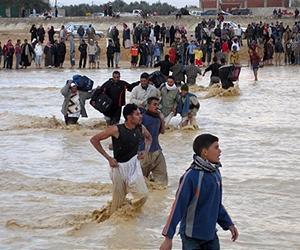 At least 18 people were killed over three days of heavy rains and flooding in parts of Egypt, the health ministry said on Saturday.

The toll included nine people killed in South Sinai province of eastern Egypt since Thursday, the ministry said in a statement.

Elsewhere, six others died when their bus overturned on a flooded road in the southern province of Sohag on Friday.

Rains in the fall and winter cause flooding in parts of Egypt, especially those with poor infrastructure, almost every year.