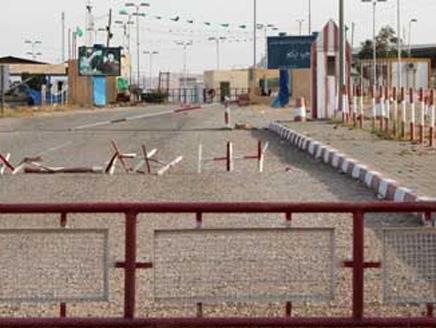 Tunisian authorities have discovered four arms caches in the south of the country near the border with war-ravaged Libya and seized large quantities of weapons, security sources said Monday.

Two were found Saturday near the city of Ben Guerdane, a third on Sunday and another on Monday also in the same region, they said.

The interior ministry said the biggest find was made Sunday, in a garage on the outskirts of Ben Guerdane where 50 guns, including 27 Kalashnikov assault rifles, and dozens of missiles were confiscated.

Authorities also seized 30 crates of ammunition as well as 12 kilograms (26.4 pounds) of explosives and more than 1,000 tasers, it said.

Three suspects, including the owner of the garage, were detained for questioning, the ministry said, adding that a fourth person was arrested after Monday's find.

A defence ministry official told Shems FM radio that the arms caches were discovered thanks to information found on the cell phone of a jihadist who was shot dead by security forces last week.

The North African country has experienced a rise in religious extremism since the 2011 revolution that ousted longtime dictator Zine El Abidine Ben Ali.

Its security forces have been battling a jihadist movement responsible for killing dozens of soldiers and police officers as well as civilians including 59 foreign tourists.

The Islamic State group, active in Libya, has claimed responsibility for several of those attacks.

In March, dozens of jihadists attacked security installations in Ben Guerdane on the border with Libya, leaving 13 members of the security forces, seven civilians and at least 55 militants dead, according to official figures.