Baragwanath to Directly Answer Questions through Twitter Next Week 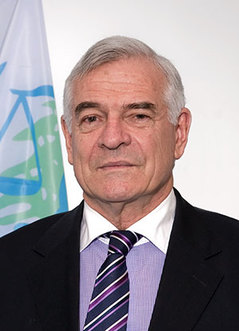 The President of the Special Tribunal for Lebanon Judge Sir David Baragwanath will be directly answering questions from Lebanese citizens and journalists on Twitter next week, announced the STL through the social networking website on Friday.

It added that details on the session will be revealed next week.

In addition, the STL announced that it released the four generals, who had been imprisoned for allegedly being involved in the 2005 assassination of former Prime Minister Rafik Hariri, because of a lack of evidence in their case.

“One of the first acts of the STL when it was created was to order release of the four generals arrested by United Nations International Independent Investigation Commission for lack of evidence,” it said.

“Individual criminal responsibility is a principle enshrined in the STL's founding documents,” it stressed via Twitter.

They were released in April 2009 following a ruling from the STL.

In the ruling, the tribunal's first since opening its doors, Pre-Trial Judge Daniel Fransen granted a request by Prosecutor Daniel Bellemare who said the available evidence was "not sufficiently credible" to hold the generals.