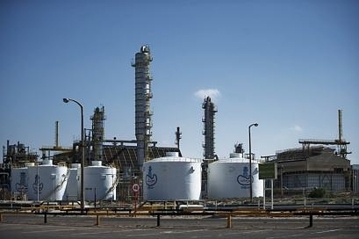 Protesters who shut off two Libyan oil pipelines, one for more than two years, have lifted their blockade, paving the way for a production boost, the National Petroleum Company said.

Guards at the facilities at Zintan in the west of the North African country took their action in protest at the seizure of Tripoli by Fajr Libya, a coalition of militias.

The first pipeline links al-Sharara, which has a capacity of 330,000 barrels per day (bpd), with the refinery at Zawiya 45 kilometers (30 miles) west of the capital.

The second connects Al-Feel (90,000 bpd) to the Mellitah complex on the coast.

"I welcome the statement... announcing lifting of the blockade on all the pipelines," NOC chairman Mustafa Sanalla said.

"For the first time in nearly three years all our oil can flow freely. I hope this marks the end of the use of blockade tactics in our country," he added.

"This is a very significant event, which will help restore our economy. We will add 175,000 barrels per day to national production within one month and 270,000 bpd within three months."

Libya currently produces around 600,000 bpd, and seeks to double this next year, especially since the reopening of terminals in the east of the chaos-ridden country that had also been blockaded.

The NOC said the reopening at Rayayina "will add $4.5 billion to our projected revenue next year" at current crude prices.

Al-Sharara, around 800 kilometers southwest of Tripoli, is a joint venture oilfield operated by the NOC and a consortium of Spain's Repsol, Total (France), OMV (Austria) and Statoil (Norway).

Al-Feel, farther south some 200 kilometers from Sebha, is run jointly by the NOC and Italy's ENI.

Before the fall in 2011 of Moammar Gadhafi, Libya produced 1.6 million bpd.

But since then, the country has been gripped by political and security chaos, unable to exploit or profit fully from its enormous oil resources and pushing the economy to the brink of collapse.