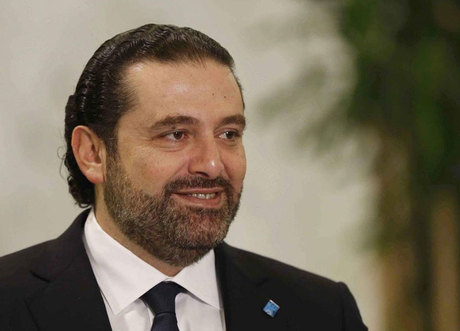 The Saudi prince congratulated Hariri on the formation of the new government, wishing him “success in his missions for the sake and benefit of Lebanon and its people,” Hariri's office said in a statement.

Talks tackled “the latest local and Arab developments” and the deputy crown prince stressed the kingdom's “support for Lebanon and its keenness on strengthening and developing bilateral relations between the two countries,” the statement added.

Also on Thursday, Hariri held talks at the Grand Serail with Iran's deputy FM, who was accompanied by an Iranian delegation and Iran's Ambassador to Lebanon Mohammed Fathali.

After the talks, Ansari lauded the latest “accord and harmony among the political and social components that are influential in the Lebanese arena, which eventually led to putting an end to a lengthy presidential void through the election of General Michel Aoun as president.”

The consensus “also led to the appointment of PM Hariri and the birth of a national accord government, which we hope will be able to resolve all the challenges and problems that brotherly Lebanon is going through during this period,” Ansari added.

“We discussed the various political developments and the relations between the two countries, and we hoped to witness further bilateral cooperation in all fields during his government's term,” the Iranian official went on to say, describing the meeting as “fruitful and positive.”

Iran is bad news. They have to stay away from us. I hope Trump hits them hard.

Trump is more likely interested in forming alliance with Russia and whoever pays his Price! Lol... Not sure if he's interested in austerity programs of KSA...