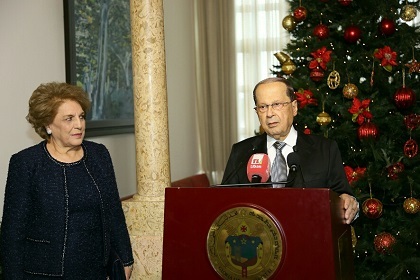 President Michel Aoun announced Sunday that the vacancies in state institutions will soon be filled with “competent” civil servants.

“We will do all we can to make the (new) year a good year and we will work seriously and vigorously to achieve what the Lebanese have been waiting for,” Aoun said in a brief statement in Bkirki before taking part in a Christmas Day mass led by Maronite Patriarch Beshara al-Rahi.

“The vacancies in state institutions will be filled with competent individuals within a reasonable timeframe,” Aoun promised.