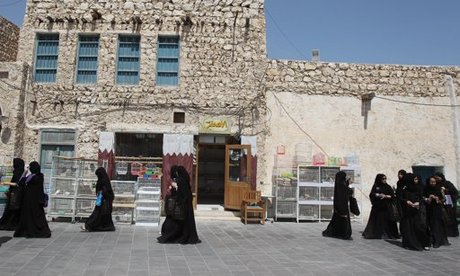 Russia is downgrading its relations with the Gulf state of Qatar following an airport attack on its ambassador, the foreign ministry said on Monday.

The ministry said Moscow's ambassador to Doha "was attacked by security and customs personnel" who were trying to strip him of his diplomatic bag.

"As a result of their aggressive behavior, the Qatar side's actions damaged the ambassador's health," the statement said.

Russia demanded an official apology from the Arab state for the November 29 incident, noting that senior Doha officials had been "informed about the decision to downgrade relations with Qatar."

The statement added that the ambassador, who was identified only as V. E. Titorenko, would be recalled to Russia "once he completes treatment".

Please refer to Al Jazeera for a correct report on this incident.
No, I just checked. It's not there.
So this didn't happen.
Al Jazeera tells me all I need to know. If I don't need to know it, they don't tell me. If I don't know what I need to know, they decide for me.
Democracy is obviously a luxury only the poor can afford.

I really didn't fathom the whole story? How could an Ambassador of a country such as Russia be attacked at the Airport? What did he do? Was he drunk and cursing Qatar? Was he holding guns or acting agressively? Ambassadors are protected by deplomatic treaties that prohibit things like these happening to them. I visit Qatar so often and could not have been able to believe something like this could happen bacause the Qaatri officials are so polite and decent.