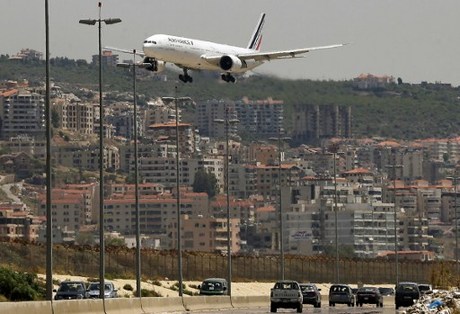 Prime Minister Saad Hariri presided Thursday over an emergency meeting aimed at addressing the risks posed by the presence of a large number of seagulls around Beirut's Rafik Hariri International Airport.

The meeting was attended by the ministers of environment and transport, the head of the Council for Development and Reconstruction, the Cabinet's secretary-general, Middle East Airlines' chairman, and Hariri's adviser on developmental affairs.

“This cell will meet daily if necessary to resolve this problem,” Public Works and Transport Minister Youssef Fenianos announced after the meeting.

“We have sought help from foreign experts and several ideas have been proposed to protect the environment, planes and flight safety,” Fenianos added.

Among the solutions suggested by experts were the use of pyrotechnics, flare pistols, percussion bombs, auditory repellents and chemical repellents, the minister said.

Moreover, Fenianos announced that authorities have in recent days removed four large holes at the airport that were collecting water and attracting birds.

The minister also said that the committee recommended addressing the issues of sewage water and violations on al-Ghadir River's banks as well as the presence of poultry, pigeon, turkey and cow farms near the airport.

“Four new auditory repellents have been installed, as promised, at Beirut's airport and the results today were very good. However, these measures are not enough seeing as they can only keep the birds away for one or two months and there is a need to reinforce these measures,” Fenianos added.

Asked about the mouth of al-Ghadir River, the minister said “specific measures” will be taken by the CDR in the coming days to address the problem.

A judge had on Wednesday ordered the temporary closure of the Costa Brava rubbish dump near the airport "because of the presence of birds" attracted by the garbage.

Costa Brava was opened in March last year as one of three "temporary" tips intended to provide an interim solution after the closure of the main landfill receiving waste from Beirut.

The dumps were eventually intended to have waste processing facilities, but that has not happened.

As a result, garbage has piled up in Costa Brava, on the coastline close to the airport runways, reaching nine meters in some places.

Environmentalists have for months warned that the dump is attracting rodents and increasing numbers of birds.

In August, the Lebanese pilots' union warned of the possibility of the birds being sucked into airplane engines.

A permanent solution for the waste produced by Beirut and its surroundings has yet to be found, months after the Naameh landfill was shuttered.

The issue is one of many outstanding challenges for Lebanon's new government, which was formed on December 18 after two and a half years of political deadlock.

they must use you to unblock toilets.

loool blablablabla, indeed I can't imagine a better repellent than those skunks

which smuggling ring are you an 'executive' of?

Just legal things contrary to your Chez Maurice job you are exercing here
Ps : seems the employees @ confidence centers are not confident after all :))

blablablabla is a CEO of 5 different companies listed on the NYSE and NASDAQ. He is a frequent flier and owns a Bombardier Business Aircraft which he often uses to jet around the globe with hot models discretely.

He has a fine taste in Cigars and Wines and is often seen in the company of high ranking government officials around the world. He also has the time to troll naharnet with very smart comments and outstanding contributions.

you people have no life chatting on every article of this website... zha2o !