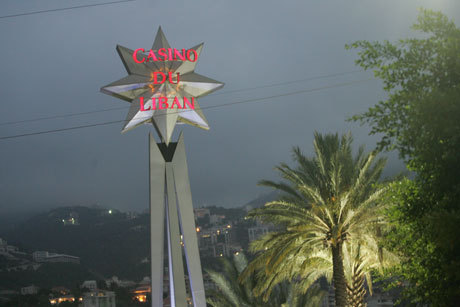 Justice Minister Salim Jreissati, who is close to President Michel Aoun, on Thursday ordered a probe into suspected corruption at Casino du Liban.

In a memo to State Prosecutor Samir Hammoud, Jreissati demanded “conducting the necessary investigations into the Casino du Liban file, especially regarding the allowances of the chairman and the board members, the diesel issue, the number of employees and contract workers, the Casino's failure to honor its obligations towards the Lebanese state, the car parking, and anything else unveiled by the probe.”

President Aoun has pledged that “corruption will be eradicated” during his presidential tenure.

It appears aoun and his fpm are not getting enough from the casino, so they are tightening the screws. Once their demands are met, the investigation will reveal everything is in order.

Just pure genius, nothing less nothing more. Your ability to pinpoint who their masters are and how they function is brilliant.

No wonder my Nepalese domestic helper who also likes gambling adores you and waits for you to post.

I like how everything in Lebanon is "suspected" when everyone knows it is!
bunch of corrupted thieves.