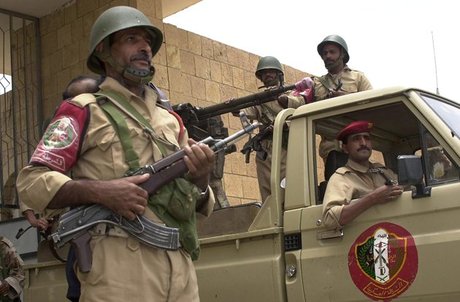 Government troops have for months been battling al-Qaida linked fighters in the troubled Abyan province, notably in the areas surrounding the provincial capital Zinjibar, where the latest clashes took place.

"Two soldiers were killed and forty others injured in battles that broke out when al-Qaida fighters attacked the positions of Battalion 201", based in the northeast of Zinjibar, a military source told AFP.

A local source told AFP that "11 al-Qaida fighters, including one Iraqi, perished in the battles."

The clashes, which first broke out Friday, continued on Saturday afternoon, both sources said.

In a separate incident, a suspected member of al-Qaida, who was abducted by tribal fighters battling Islamists in the area, was killed by his guards on Saturday morning, as he tried to escape detention in the Abyan village of Loder, a tribal source told AFP.

Yemeni government forces backed by tribal fighters and sometimes supported by U.S. drone strikes have been battling the Partisans of Sharia, an al-Qaida linked group, which has controlled Zinjibar since May.

Al-Qaida has profited from the instability caused by 11 months of protests against Yemen's President Ali Abdullah Saleh, strengthening its positions across the south of the country.

There is possibly as much as 30% truth to this report.
By such metrics the French successfully fought their way out of Vietnam and Algeria. Apparently they are preparing their withdrawal from the European continent.