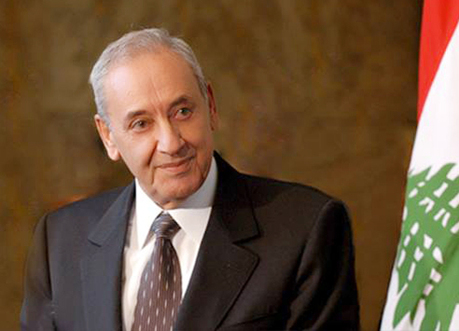 Speaker Nabih Berri's proposal for the creation of a Senate as part of efforts to resolve the electoral law crisis calls for forming a body consisted of 32 Muslim senators and 32 Christian senators and for allocating its presidency to the Druze community, a media report said on Sunday.

“Should an agreement be reached on allocating its chairmanship to the Greek Orthodox community, the Druze community would be given either the deputy speaker post or the deputy premier post,” al-Mustaqbal newspaper quoted Berri's visitors as saying in remarks published Sunday.

“The proposed Senate would take some powers from Parliament, especially those related to crucial issues, in line with the Taef Accord,” the visitors added.

Berri's proposal calls for electing a Senate under a sectarian voting electoral system and a Parliament under an electoral law fully based on proportional representation.

This country is a joke

The Houthians have destroyed whatever is left from my tiny but beautiful country. They have poisoned the air we breath, the water we drink, and the food that we eat. Nothing short of an all out revolution to put them on boats and send them on the high seas back to Houthia, their country of origin.

The Senate should only consist of young, beautiful, educated and exciting Lebanese women who will be able to put this country back on track and bring these corrupt politicians to their knees.

It is time to federalize the country

they all shout there is no money for the wage scale but stangely enough for 64 more inefficient politcians...

This could actually be a good idea. It is federalism, not territorial but confessional. And let's face it: Lebanon at its core is built around sects. A senate would guarantee a role for minorities regardless of demographic shifts. The members of the lower house will be elected without secterian quotas as the case is today. think that Berri needs to be given the opportunity to expand on this idea before it is summarily dismissed.