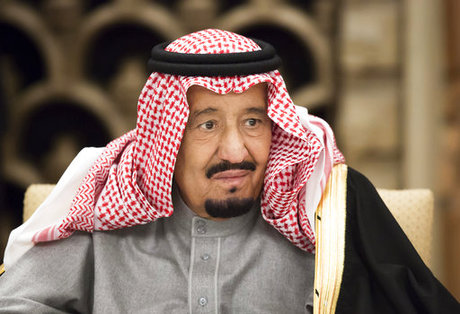 "The Iranian regime has been the spearhead of global terrorism since the (Ayatollah Ruhollah) Khomeini revolution" in 1979, King Salman said in a speech to leaders including U.S. President Donald Trump.

"We did not know terrorism and extremism until the Khomeini revolution reared its head," he said.

Saudi Arabia was also determined to "eliminate the Islamic State group," the king said of the Sunni Muslim jihadist organization.

The Saudi leader's speech came minutes before a highly anticipated address by Trump, who arrived in the Sunni kingdom on Saturday on his first foreign tour since taking office.

The United States and Saudi Arabia on Saturday announced an arms deal worth almost $110 billion, described as the largest in U.S. history.

"We did not know terrorism and extremism until the Khomeini revolution reared its head," Salman said.

he sure does ya irani... having 51 world leaders and the president of the United States sitting next to him.

Even so, The Ansarullah still smash your American advanced weapons into scrap metal junk.

This is for you my friend Southern.
A greetings from our friends in Yemen.

How many of the 9/11 hijackers were Iranian again?

And how many of the recent attacks in Europe were done by Iranians?

no but Al Qaida leaders are all hiding in your beloved Iran.

Haha, when the facts bite you in the face, Saudi stooges are not ashamed of downright lying...