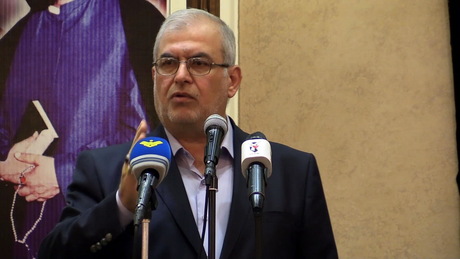 Hizbullah MP Mohammed Raad warned that failure to agree on a new vote system before the constitutional deadline will trigger vacuum at the legislative and executive authorities, the National News Agency reported on Monday.

Head of the Loyalty to the Resistance MP said political parties better agree on a new electoral law before June 20, “vacuum (at the legislative authority) is inadmissible in this country because it would mean the termination of the country, state and institutions.”

The MP warned that vacuum at the parliament will be reflected at the government and presidency.

Media reports circulated recently that the Shiite ministers allegedly plan to withdraw from the cabinet if an agreement on an electoral law is not reached before the parliament's term ends on June 20.

“Agreement on an election law must take place before June 20. After this date, the country is threatened with chaos and instability," he said.

"Vacuum does not mean the absence of a parliament but it rather means that we neither have a government nor a prime minister anymore. Moreover, the president of the republic will be left with nothing," he explained.

thats a threat from a terrorist. where is the drones?

lulz @ the brilliant mowaten always spotting the nuances, for example until he pointed it out I hadn't noticed that el-Hajj Mohammad Raad's had an Israeli accent with Daeshit-Saudi flavor, how 'bout that!

thank you Raad for your insistence, because in this country there are some who still suffering from an illness, Saudi narrow-mentality...

Warnings and finger pointing. Why don't you get an honest job?
Filthy murdering militia

Stop threatening us ya iranian terrorist!

I think that this is exactly what he wants! Void!