Lebanese Held for Using Internet Game to Promote IS Ideology 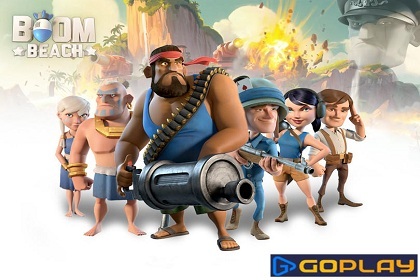 Lebanese national S.M.F. has been arrested for belonging to the terrorist Islamic State group and promoting its ideology on the internet, General Security said on Tuesday.

“During interrogation, he confessed to the charges and admitted that he had attended religious lectures outside Lebanon at the hands of a cleric belonging to the IS group,” a General Security statement said.

“He then downloaded the Boom Beach warfare internet game and used its chat rooms to talk to supporters of the terrorist IS group,” the statement added.

Also through Boom Beach, S.M.F. communicated with “a terrorist who was arrested by General Security on charges of plotting acts of sabotage in downtown Beirut.”

“Following interrogation, he was referred to the relevant judicial authorities and efforts are underway to arrest the rest of the culprits,” General Security added.

Must've been the same people such as the ones on Naharnet, salafi propaganda.

Well people should watch out here, because they are being monitored and any pro Israel or pro ISIS Nusra stances is a crime in Lebanon.

You for sure is hiding behind a vpn coward.

but the the labayka ya hussain ideology is perfectly alright in this iranian proxy nation.

Evidently, when somebody told this SMF dude "rou7 l3ab!", he took it way too seriously. Even the company that makes Boom Beach is called "rou7 l3ab" ("Go Play")...

The shia general security can trace what someone says in a games chat room but they still cannot trace Nou7 Zoaiter or find the two shia terrorists who blew up BLOM Bank.

I am sure they also sit and watch his live streams on Facebook and give him tons of likes.

abbas ibrahim is one of his friends on Facebook.