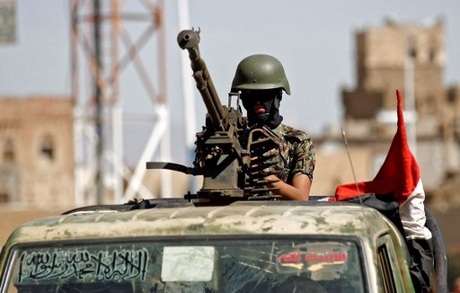 Five Yemeni soldiers were killed and three wounded Sunday when gunmen suspected of ties to al-Qaida opened fire on a military checkpoint, an army source said.

The source said the gunmen managed to escape after the attack on the checkpoint in the northeast of Shabwa province, a southern stronghold of Yemen's powerful Al-Qaida in the Arabian Peninsula (AQAP).

Sunday's attack is the latest in a string of suspected AQAP shootings targeting military checkpoints and outposts in Yemen.

AQAP, seen by the United States as the global terror network's most dangerous branch, has exploited years of deadly conflict between Yemen's government and Huthi rebels to expand its presence, especially in Shabwa.

A U.S. air raid on the province last month killed AQAP emir Abu Khattab al-Awlaqi, according to the Pentagon.

The United States has intensified its air attacks on suspected AQAP sites in Yemen since President Donald Trump took office in January.

Yemen's government, allied with a Saudi-led Arab military coalition, has for years been battling Iran-backed Shiite Huthi rebels for control of the impoverished country.

The World Health Organization estimates that more than 8,000 people have been killed in Yemen's conflict, most of them civilians, since the Saudi-led coalition entered the conflict in 2015.

The country has also been hit by a deadly cholera outbreak and is on the edge of famine.