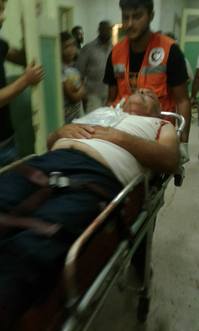 One person was killed and five others were wounded Friday evening when a fistfight between football fans escalated into an armed clash in the Palestinian refugee camp of Ain el-Hilweh, state-run National News Agency reported.

The agency said the clash between the fans of the al-Ansar and al-Nahda teams erupted after a football match at the camp's Jihad al-Wazir Stadium ended with a 1-0 win for al-Nahda.

NNA identified the dead man as Mohammed Slim, saying he succumbed to his wounds at the al-Rai Hospital.

According to the agency, the wounded include a woman.