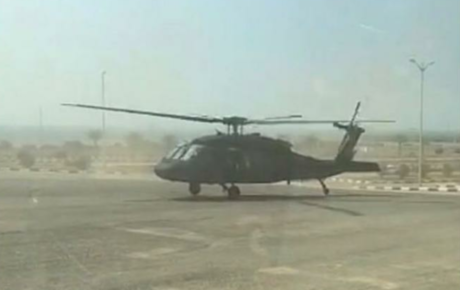 A Saudi prince was killed on Sunday when a helicopter crashed near the kingdom's southern border with war-torn Yemen, state television said.

The news channel Al-Ekhbariya announced the death of Prince Mansour bin Moqren, the deputy governor of Asir province. It said the helicopter had several officials on board, and did not reveal the cause of the crash.

Saudia is falling apart. And their minions on Naharnet are panicking.

is that how it appears from a heretic's crossed eyes? lol

no aoun telepathically made you a troll.