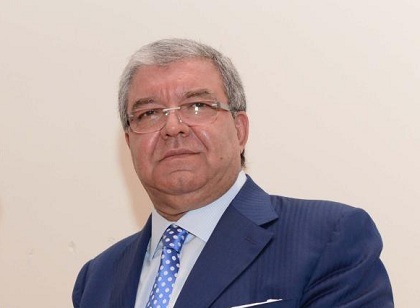 Interior Minister Nouhad al-Mashnouq announced Monday that he has an “impression” that resigned Prime Minister Saad Hariri will return soon to the country.

“The meeting between Saudi King Salman bin Abdul Aziz and resigned PM Saad Hariri puts an end to a lot of rumors and proves that the situation is good. It also gives an impression that Hariri will return within days and this is an impression and not information,” Hariri said at Dar al-Fatwa after a meeting with Grand Mufti Sheikh Abdul Latif Daryan.

“The security situation is under control at all levels,” the minister reassured.

He noted that “all answers, proposals and problems remain uncertain before PM Hariri gives answers about all that has happened.”

Turning to President Michel Aoun's performance in the wake of Hariri's shock resignation, Mashnouq said the president “did a good thing when he said that he would wait for Hariri's return from Saudi Arabia before acting,” noting that Aoun “showed high wisdom and created balance with the vacuum that resulted from the televised resignation.”

The minister also pointed out that “Lebanese security agencies did not have any information about the possibility of an assassination attempt against PM Hariri,” adding that “a credible Western security source could have informed Hariri directly of this.”

Hariri announced his shock resignation on Saturday in a broadcast from the Saudi capital, decrying what he called the "grip" of Hizbullah and Iran on Lebanon. He also said he feared for his life.

disappear from the face of the earth!

Spoke to my relative, her husband is one of Saad's advisers, he knew about it and was on a diplomatic mission in Paris in direct relation to what was to become his upcoming resignation. They did all they could to keep the lid on it in order to get the desired effect, many of the Mustaqbal members are close to the media, some would spill the beans to get attention.

The surprise worked, Aoun looked like a fool, so did Hassan Nusralot.