Hariri to Travel to Egypt Tuesday 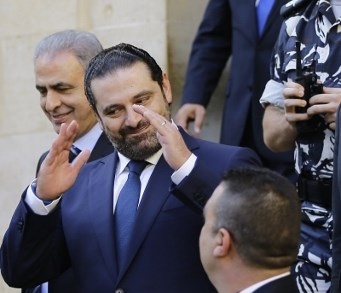 Prime Minister Saad Hariri will visit Cairo on Tuesday, where he will meet with Egyptian President Abdul Fattah al-Sisi, the premier's media office said in a statement.

Hariri will travel to Egypt from France were he is staying at the invitation of President Emanuel Macron after rumors that he was held against his will in Saudi Arabia after his surprise resignation.

His failure to return to Lebanon since his shock resignation on November 4 from Riyadh, sparked rumors that he was being held in Riyadh against his will, which both he and Saudi officials denied.

The Premier is expected to return to Lebanon to take part in the Independence Day celebrations.

Lebanon will mark Independence Day on Wednesday and there have been concerns about whether Hariri will attend the annual celebrations. The ceremony is usually headed by the president, prime minister and parliament speaker.