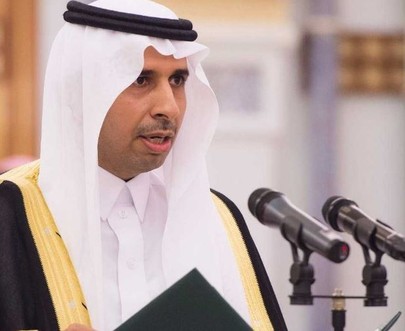 The envoy was welcomed at the Rafik Hariri International Airport by acting protocol director at the Lebanese Foreign Ministry Assaf Doumit and the ambassadors of Kuwait, the UAE, Egypt, Iraq, Oman, Tunisia, Morocco, Palestine, Algeria and Sudan.

Saudi charge d'affaires Walid al-Bukhari and the Saudi embassy's staff were also present at the reception.

After a short stop at the airport, Yaaqoub left for the embassy without making a statement, amid strict security measures.

According to information obtained by al-Markazia news agency, Yaaqoub had worked as a diplomat at the kingdom's embassy in Beirut in the past and most recently as an aide to firebrand Saudi State Minister for Gulf Affairs Thamer al-Sabhan.

Prior to the kingdom's latest escalation against Hizbullah and Iran, Sabhan had posted several blistering anti-Hizbullah tweets, with al-Mustaqbal Movement describing his remarks as a Saudi “warning message.”

Riyadh did not immediately appoint a new ambassador to Lebanon after the departure of its envoy Ali Awadh Asiri in 2016.

KSA and the gcc need to work on space exploration. Not weapons like iran.

and bring the speach to Hariri read in the Lebanese Independence Day...a letter of love to Saudi King...