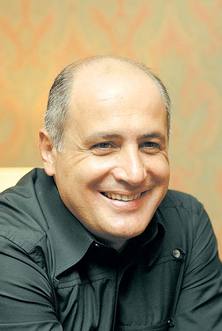 A subpoena was issued Monday for prominent LBCI talk show host Marcel Ghanem asking him to appear before the judiciary on January 4, the TV network said.

Ghanem had been supposed to appear before Mansour earlier on Monday. He however was represented by his lawyer, MP Butros Harb.

The examining magistrate dismissed Harb's procedural defenses, insisting that Ghanem should appear before him in person.

Harb stressed that Ghanem is not trying to dodge the case and that he is ready to appear before the judiciary “according to the legal norms.”

According to LBCI, Harb's procedural defenses argue that Ghanem's prosecution “is not based on a legal text.”

Harb had warned that “accepting such type of prosecution would mean accepting the eradication of freedoms in this country.”

“I'm not supposed to defend anyone. I'm a talk show host. I don't regret what I did on air and I only managed the episode. What is my crime?” Ghanem had recently said in an interview with Al-Arabiya television.

Justice Minister Salim Jreissati has said that Ghanem is only supposed to give his testimony and that no lawsuit will be filed against him.

“A lot of state officials have testified before the judiciary, the last of whom was Telecom Minister (Jamal) al-Jarrah,” Jreissati explained.

“Ghanem is asked to testify in a case related to the publications law and there are no arrests in such cases,” the minister reassured.

Jreissati had asked the country's prosecutor general to launch an investigation against the two Saudi journalists who appeared on Ghanem's Kalam Ennas talk show, one of the most watched weekly TV programs in Lebanon.

The minister wrote in a two-page letter to the prosecutor that the two men, Ibrahim Al Merhi and Adwan al-Ahmari, had engaged in libel against top officials including President Michel Aoun and Parliament Speaker Nabih Berri.

Ridiculous! Suppressing the press is exactly what Iran wants and this is their target in Lebanon.