Hariri: This is the Best Time to Invest in Lebanon 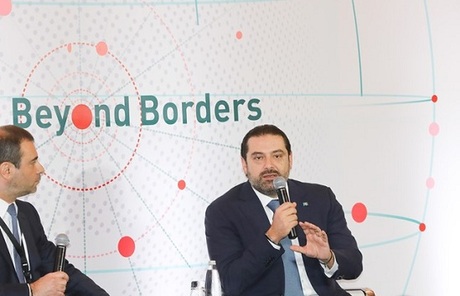 Prime Minister Saad Hariri said Thursday that “this is the best time to invest in Lebanon,” after the Lebanese showed “wisdom” during the November political crisis.

“This is the best time to invest in Lebanon because, thanks to this political stability and security in our country, we have been able to establish that the country is capable of confronting crises in a wise manner,” Hariri said during a discussion with the participants in the Global Business Summit, organized by Endeavor Lebanon and LIFE at the Four Seasons Hotel.

He added that the government's goal is to ensure that the fiscal deficit will not increase from 2017 to 2018, and that the country will be able to meet all financial challenges next year.

“Over the course of this year, we achieved many things. People did not believe at first and thought that this consensus could explode at any time. But it enabled us to overcome a very difficult situation in a wise way,” Hariri said.

As for Lebanon's ties with Arab Gulf countries, the premier said: “I think the Gulf has a problem with one political party and not with the whole of Lebanon. The Gulf is not going to take steps against all of Lebanon.”

“We will make sure that our disassociation policy will satisfy everyone and not only Lebanon,” Hariri reassured.

Invest in what?
In state of the art terror techniques?

Is this a bad joke?
The country is stable!!??

Lebanon is full of trash, expensive, unstable, has no perspective, is dangerous, has no economic activity, is invaded by 1.5 million refugees, just raised taxes, wages, and its quality of life has drastically diminished... get your feet backbon the ground, and stop acting like a demented person! « Stable »!? You had resigned a month ago!! Now you want us to invest!!?? Pff...