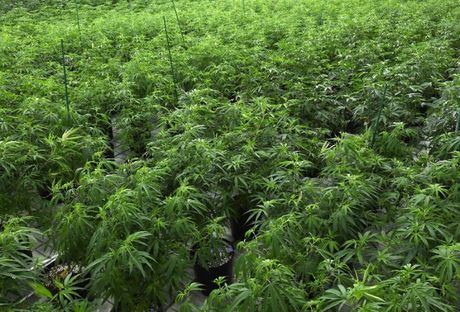 An elderly American couple's Christmas plans went up in smoke after they were caught by police with a giant stash of pot -- which they said they planned to give as gifts.

Patrick Jiron, 80, and his wife Barbara, 70, went on a cross-country road trip from California to Vermont to visit friends and family -- and brought with them a dizzying 60 pounds (27 kg) of marijuana, according to the York News-Times.

They told police in Nebraska -- where they were detained about midway through their trip -- that the approximately $336,000 worth of pot were intended as Christmas presents, the newspaper said.

Police allegedly had pulled over the couple on Tuesday for traffic violations, and smelled a pungent odor emanating from their pickup truck.

Patrick Jiron was arrested and charged with possession of marijuana with intent to deliver and having no drug tax stamp, according to the newspaper, which said he had been released after posting 10 percent of his $100,000 bond.

Barbara Jiron was cited, but was not jailed due to unspecified medical conditions, the newspaper reported.

Pot is illegal in Nebraska, even though a handful of states, including California and Nebraska's neighbor Colorado, have legalized the drug for recreational use.

Vermont is among 29 states that have legalized marijuana for medical use.