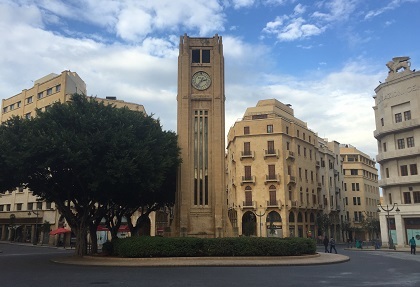 Speaker Nabih Berri has given instructions on Wednesday to wide-open all the entrances around the Parliament’s premises in Beirut's Nejmeh Square for pedestrians convenience.

Berri said the roads leading to Nejmeh Square will no more be restricted for pedestrians, and the movement will return just like it was before tight security measures were imposed “for safety reasons.”

Berri asked business owners, restaurants, hotels and offices in the area to resume their businesses after closing down.

Whenever Lebanon's parliament is scheduled to go into session, security measures are implemented and the the roads around the premises close down prohibiting vehicles, motorists and pedestrians from passing.

However, this measure turned into a permanent routine and the area became a permanent security zone cordoned-off with concrete barriers and barbed wires.

Berri's move came a few days after the Square witnessed the biggest celebrations on New Year's Eve as part of an initiative for the revival of downtown Beirut.

Lol... You nailed it whyaskwhy!!

He destroyed people's lives and livelihoods.

what has this thug got to do with opening and closing roads?!