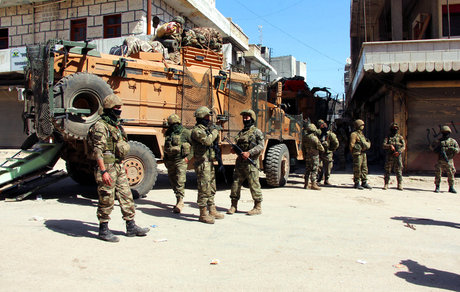 "We have three martyrs today. They were martyred while clearing IEDs," Yildirim said in a televised speech in Ankara.

Three more soldiers were injured after an IED exploded, the army said in a statement, confirming the death toll.

But the YPG has been working closely with the United States against the Islamic State extremist group in Syria, much to Turkey's chagrin.

Some 250,000 civilians fled the violence in Afrin and dozens of others were killed, as well as around 1,500 Kurdish fighters, according to the UK-based Syrian Observatory for Human Rights said.

Prior to the latest deaths, 46 Turkish military personnel had been killed during the operation dubbed "Olive Branch".

Turkish President Recep Tayyip Erdogan has vowed to extend the operation to other YPG-controlled areas in northern Syria including the towns of Manbij and Kobane.