Countdown to Brexit: One Year to Go 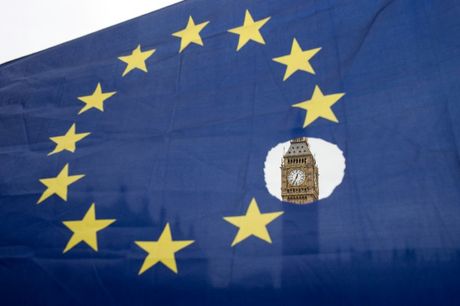 Britain is set to leave the European Union exactly one year from Thursday. Here are some key dates ahead on the path to separation on March 29, 2019:

- 2018 - - April 17: EU foreign ministers are set to approve negotiating guidelines for the European Commission for talks on future trade ties with Britain.

- June 28-29: EU leaders meet for a summit in Brussels where they will assess if the question has been resolved of how to avoid border checks between British-ruled Northern Ireland and the Republic of Ireland, an EU member state.

Britain has rejected the EU's controversial "backstop" proposal for Northern Ireland to effectively remain in the customs union if there is no alternative agreement on the border.

- October 18-19: Another EU summit -- the deadline set by EU chief negotiator Michel Barnier to wrap up the talks with Britain.

This would give time for the EU member states, the European Parliament and the British parliament to ratify the deal before exit day.

Britain's Brexit minister David Davis has said he is aiming to conclude the talks by the "last quarter" of 2018.

Britain begins a transition period during which it will effectively maintain the status quo in terms of access to EU markets and be bound by EU rules.

- 2020 - - December 31: End of the anticipated transition period, under the EU's current proposals.

- 2021 - - January 1: If all goes to plan, a new partnership agreement between Britain and the EU comes into force.