One Killed as Landslide Engulfs Houses in Japan 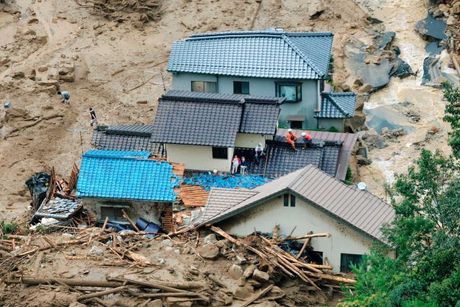 A man has been found dead and several people are missing after a landslide engulfed houses in southern Japan on Wednesday, local officials said.

"A man's body has been recovered" at the site of the landslide in a mountainous area of Nakatsu city, a municipal official said.

Local officials said the body had not yet been identified, but Japan's NHK television said the man was among six people who had been reported missing by a local resident.

The landslide hit in the early hours of Wednesday, and rescuers were searching for five women and one man reported missing after dirt engulfed three local homes.

Local television footage showing rescuers and a digger clearing rocks and mud more than 10 hours after the disaster.

Landslides are not uncommon in Japan during the country's rainy season, when heavy rain can dislodge earth.

But there was no indication that bad weather had preceded the landslide on Wednesday.