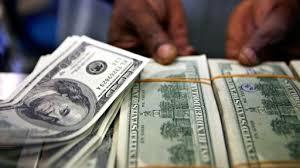 For one patron at a Chicago restaurant, a normal tip was not enough to show his appreciation after a meal Sunday night.

Identified only as "Mike, who was visiting from Seattle," Boka restaurant announced Monday that the delighted customer left a $2,000 tip on a $759 bill.

Boka describes itself as an upscale restaurant serving seasonal American fare. It boasts one Michelin star.

After initially tipping $300 on his bill, he then went to the kitchen to give each of the 17 staffers there $100, the restaurant said.

The company posted an Instagram photo of the man giving a thumbs-up sign while posing with smiling kitchen staff.

"It was amazing to have that happen unexpectedly and randomly, and for someone to show that amount of appreciation," Jon Leopold, the restaurant's general manager, told the Chicago Tribune newspaper.

"It's not just about the money but spending time with people in the kitchen and telling them how wonderful of a meal it was and how important it was for the cooks to be doing what they're doing."

The timing was fortuitous for the restaurant. It has been nominated for a prestigious James Beard Award for service.

The winner will be revealed May 7 during an award ceremony in Chicago.