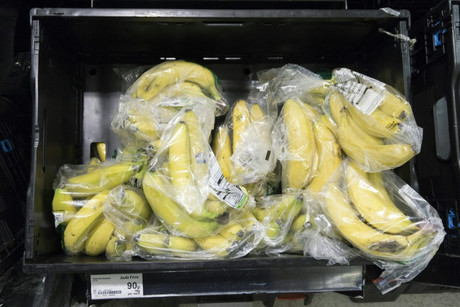 More than 40 British companies including major retailers and soft drinks companies on Thursday pledged to eliminate unneccessary plastic packaging as part of an anti-pollution push.

The 42 firms, responsible for 80 percent of plastic packaging sold in Britain, have signed up to a pact that aims to tackle plastic pollution over the next seven years through a series of measures.

Corporate giants such as Coca-Cola, Asda, Procter & Gamble and Marks & Spencer have all signed up the "UK Plastics Pact" amid growing concern over the problem of plastic pollution, particularly in the oceans.

"This requires a whole-scale transformation of the plastics system and can only be achieved by bringing together all links in the chain under a shared commitment to act," said Marcus Gover, head of the sustainability campaign group WRAP, which is leading the project.

"That is what makes the UK Plastics Pact unique. It unites every body, business and organisation with a will to act on plastic pollution. We will never have a better time to act, and together we can."

The group hopes that the pact will spread globally.

Britain announced last week that it plans to ban the sale of plastic straws, stirrers and cotton buds in England, as part of a push to tackle global marine pollution.

Prime Minister Theresa May said her government will launch a consultation on banning the single-use items later this year, ahead of legislation on the issue.

"The UK government is a world leader on this issue, and the British public have shown passion and energy embracing our plastic bag charge and microbead ban," May said at the time.