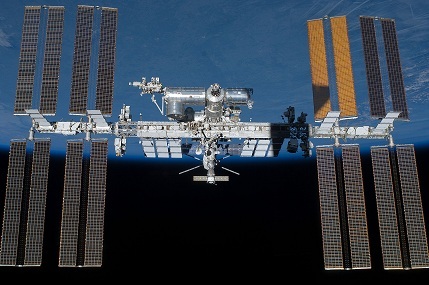 U.S. President Donald Trump's controversial plan to privatize the International Space Station beginning in 2025 has met with strong opposition from lawmakers, including from some in the Republican majority.

The U.S. administration announced in February it wanted to redirect the money it spends on the ISS toward other space exploration projects, like returning to the Moon and eventually sending people to Mars.

But the plan was deemed too simple and shortsighted by experts and, crucially, by lawmakers who control the U.S. purse strings.

"We cannot have it all. Federal funding is not unlimited," said Lamar Smith, the Republican chairman of the House Science, Space, and Technology Committee, during a hearing Thursday.

Any savings that come from de-funding the orbiting outpost would amount to "not much," Smith added.

NASA spends between three and four billion dollars per year on the ISS, including the cost of shipping cargo and paying Russia for transporting astronauts aboard the Soyuz.

The United States has not been able to fly astronauts to space aboard its own spacecraft since the space shuttle program ended in 2011.

If the station were privatized, Americans would continue to pay for exploration missions and research, and the savings would amount to no more than one billion per year, according to researcher Bhavya Lal at the Institute for Defense Analysis.

That falls far short of the amount needed to fund a human exploration mission to Mars.

"It is unlikely that a commercial space station would be economically viable by 2025," she said.

NASA inspector general Paul Martin has also concluded that it is unlikely that private industries would assume all the operational costs of the ISS in 2024 -- amounting to $1.2 billion per year.

Ultraconservative Senator Ted Cruz of Texas -- the state where NASA astronauts train at Houston's Johnson Space Center -- vowed that as long as he chairs the space subcommittee, the space station will be funded.

"And as long as Article I of the Constitution remains intact, it will be Congress that is the final arbiter of how long the ISS receives federal funding," he said at a hearing on Wednesday.

Cruz and his colleagues want to prolong the life of the space lab until 2028, beyond its current expiration date of 2024.

Saving the space station is a cause that unites both Republicans and Democrats.

"We've got this platform up there (worth) north of $100 billion, and it's there,” said Senator Bill Nelson of Florida, ranking member on the Subcommittee on Space, Science and Competitiveness.

"Abandoning this incredible orbiting laboratory where they are doing research, when we are on the cusp of a new era of space exploration, would be irresponsible at best and probably disastrous."

The ISS -- long seen as a global symbol of cooperation between the United States, Russia and more than a dozen other countries -- has been in operation since 1998.

It remains to be seen how the United States would pay for both the space station and missions to the Moon and Mars, without a major hike in the NASA budget, which today amounts to around $18.4 billion per year.