New Govt. to be Formed around Eid al-Fitr 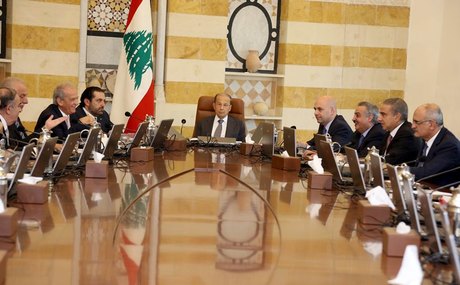 The line-up of the new government is likely to be announced on the eve of the Eid al-Fitr holiday or shortly afterwards, a media report said.

"The parties' demands regarding portfolios and shares will not become totally clear before the end of the one-day official consultations that PM-designate Saad Hariri will hold Monday with the parliamentary blocs," political sources informed on the formation process told al-Hayat daily in remarks published Sunday.

"So far, two obstacles have emerged: the dispute between the Free Patriotic Movement and the Lebanese Forces over the Christian shares and portfolios, in addition to the one related to Druze representation," the sources added.

The sources said the Progressive Socialist Party is demanding the allocation of all three Druze seats in a 30-member Cabinet to the PSP in a manner that would keep MP Talal Arslan out of the government.

"There are no obstacles regarding the representation of Sunnis and Shiites," the sources added, noting that Hariri would demand a portfolio for a Shiite figure close to him should Hizbullah and AMAL Movement seek the appointment of March 8 Sunni figures.

As for the LF, the sources noted that the party is not insisting on having the deputy premier post.

"It is insisting on having a sovereign ministerial portfolio and three other key portfolios after it doubled the size of its parliamentary bloc in the elections," the sources noted.

who is talal arslan to be allowed to put his employee in the government? and who is walid jumblatt to put 3 employees?

Every clown with an oversized ego, who assembled 3000 votes in the last election is now entiltled to put a drone in the government and run our country!!!!

Is it what Lebanon governance became? if you apply yourself diligently to systematically attend condoleances, you get elected as MP, and end up choosing how to run the country?

Where is Charles Malek? Where is Fuad Boutros? Where is Fouad Chehab?

In the cemetery with Rafik Hariri.

Is Nadir Hariri going to be a Minister?

Wishful thinking. No new government anytime soon and this is why