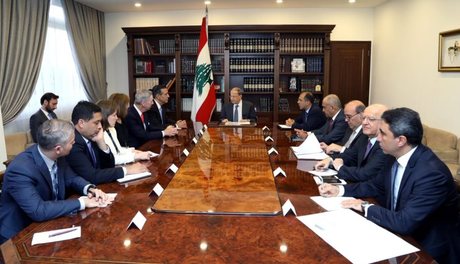 Did you not hear or see? The families of the Shia terrorists occupy their houses, Bashar’s law grants them the poor Syrian peoples homes . These Syrians are homeless for good courtesy of Nusralot .

100% Galaxy. Clown is a typical Hypocrite. Last week he was against the American Imberialist getting involved in Lebanons affairs yet this week he wants the same Imberialist to help Lebanon wiz zeir broblem.

The worst president of the Lebanese Republic should address his issues to Russia, they own Syria and bashar is their servant.