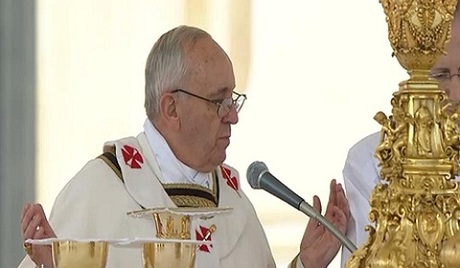 Pope Francis has asked that  major oil and gas companies respect the 2015 Paris climate agreement to help protect the poor from global warming.

The Paris Agreement was adopted in December 2015 by 196 nations resolving to limit warming to no more than two degrees centigrade.

In a meeting with industry executives at the Vatican, the Pope said it was "disturbing" that two-and-a-half years after the deal was struck, carbon dioxide emissions and greenhouse gas levels "remain very high."

"Yet even more worrying is the continued search for new fossil fuel reserves, whereas the Paris Agreement clearly urged keeping most fossil fuels underground," Francis told the Energy Transition and Care for Our Common Home conference.

"Civilization requires energy, but energy use must not destroy civilization!"

He has long considered climate change one of the key themes of his papacy. In 2015, his second encyclical was dedicated to the issue, describing it as "one of the principal challenges facing humanity in our day".

Francis implored the industry to halt prospection as climate change will have a disproportionate impact on the poor.

"The effects of climate change are not evenly distributed. It is the poor who suffer most from the ravages of global warming, with increasing disruption in the agricultural sector, water insecurity, and exposure to severe weather events," he said.

"Many of those who can least afford it are already being forced to leave their homes and migrate to other places that may or may not prove welcoming."

However with U.S. president Donald Trump announcing America's exit from the Paris deal, ExxonMobil has announced plans to increase oil production in the U.S. and start dozens of projects around the world.

An estimated one billion people have no access to electricity, and the U.S. Energy Information Administration says energy demand is set to rise 28 percent between 2015 and 2040.