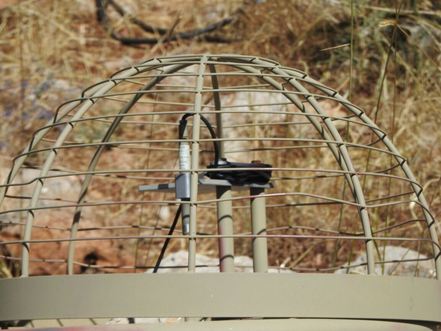 The Lebanese Army on Friday dismantled an Israeli spy device on the Kfarshouba hills inside Lebanese territory, TV networks said.

Al-Jadeed TV said the device was found near the Rweissat al-Alam post and the Kfarshouba pond on the Line of Withdrawal inside Lebanese territory.

“A team from the Lebanese Army's Engineering Regiment arrived on the scene and dismantled the device before transferring it to a military post,” al-Jadeed added.

It said the device is consisted of two telecommunications parts linked to a power cable.

Guess who put it there!!!! Yes, another hizbi member who doesn’t believe in his sayid.

Why do they would need such old fashioned devices while they have satelites and human operatives on the ground in Lebanon ?