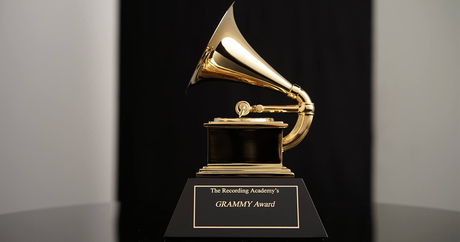 The Grammys will expand the number of nominees in main categories for music's most prestigious awards as organizers try to counter a backlash over how few women and minorities are winning.

In one of the biggest changes at the Grammys in years, the Recording Academy -- which administers the prizes -- said Tuesday in a letter to members that next year's awards will boost the field of hopefuls from five to eight for the top four categories.

Other categories will remain at five nominees. The 2019 Grammys will take place at the Staples Center in Los Angeles at the start of the year, though an exact date has not yet been announced.

The change echoes the 2009 decision of the Academy Awards to double the number of contenders for the Best Picture Oscar from five to 10 at the most.

But while the film academy was largely trying to find a place at the televised gala for crowd-pleasing blockbusters alongside critically acclaimed fare, the Recording Academy is facing quite a different dilemma.

Criticism has mounted that the Recording Academy's tastes are consistently old-fashioned, more in line with the older, mostly white male professionals who vote and out of tune with contemporary culture.

Hoping to bring more diversity, the Recording Academy made another key change in time for this year's awards by switching to online ballots, broadening its pool to itinerant musicians who are not waiting at their mailboxes.

Likely due to the reform, the 2018 Grammys for the first time saw hip-hop dominate the top categories.

And the latest Grammys was strikingly devoid of women, with Lorde the only nominee for Album of the Year and none earning a nod for Record of the Year, at a time that the growing #MeToo movement was raising concern about the gender biases and harassment holding back women.

Asked after the January 28 awards in New York why more women were not winning, Portnow said that female musicians needed to "step up," while also speaking of the need for more mentorship.

His remarks generated a furor, with stars including Katy Perry and P!nk taking him to task and a group of women music executives demanding that he quit.

Portnow said on May 31 that he was stepping down next year, meaning that the expansion of Grammy nominations will likely be one of the final decisions under his watch.

In a statement announcing the expansion of nominees, Portnow said that the Recording Academy was seeking to adapt to an "ever-changing industry."

The expansion "creates more opportunities for a wider range of recognition" and "gives more flexibility to our voters when having to make the often challenging decisions," said Portnow, a record executive who has led the academy since 2002.

The Recording Academy also announced reform of the Grammy for Best World Music Album, one of the categories that draws the most eye-rolls among aficionados.

Starting next year, a review committee will determine the five nominees out of the top 15 put forward in nominations by the Academy's 13,000 members.

Despite aiming to represent the whole planet, the World Music category has been dominated by a handful of favorites.

Between 2004 and 2011, the award was split into two categories -- one for traditional and one for contemporary world music -- before they were merged again.