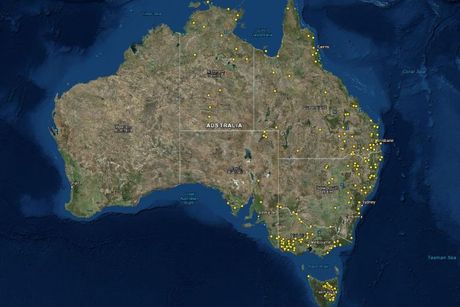 An online map which has so far documented 250 massacres of indigenous peoples after Australia was colonised by the British is set to be expanded, researchers said Friday, as they seek to uncover the country's dark past.

The native Aboriginal population, who have occupied Australia for 50,000 years, were dispossessed of their lands by the arrival of settlers two centuries ago.

As the colonisers pushed into the vast interior of the island continent, historians said they were resisted by the local population, and thousands of men, women and children were killed.

"It wasn't until I started to do this project that I realised how widespread frontier massacres were in Australia," indigenous historian Lyndall Ryan of the University of Newcastle told AFP.

"It is beginning to overturn how we think about the past. There's been a shift in consciousness in Australians and they are ready now to know and understand what happened."

Since the government-funded "Colonial Frontier Massacres Map" was launched a year ago focusing on eastern Australia from 1788-1872, Ryan said verified sites -- where six or more "undefended Aboriginal people" were killed -- had risen from more than 150 to 250 with the help of the public.

More than 6,200 people were killed during the 250 massacres, she said, adding that the final tally of sites could be closer to 500.

The sites are not catalogued on the map until there is sufficient collaborating evidence to show the killings took place.

Ryan said the field of massacre studies only emerged following the 1995 Srebrenica massacre in Bosnia.

International researchers found that as massacres tended to be carried out secretly, they were more easily documented later when people were not afraid of facing retribution for speaking out, she added.

Stage two of the map, which extends to 1930 and incorporates new sites in the Northern Territory and South Australia state, was launched on Friday, with plans to further expand it to 1960 and Western Australian state.

"Horrible things did happen and we've got to get our heads around that. We grew up thinking that Australia was peacefully settled and changing that is actually quite confronting and quite a hard thing to do," Ryan said.

"I think engaging people in the process helps to overcome that. We are providing the evidence now of a very major change in the way in which we look at the past."

Aborigines are among the most disadvantaged Australians. They were believed to have numbered around one million at the time of British settlement, but now make up only about three percent of the total population of 25 million.