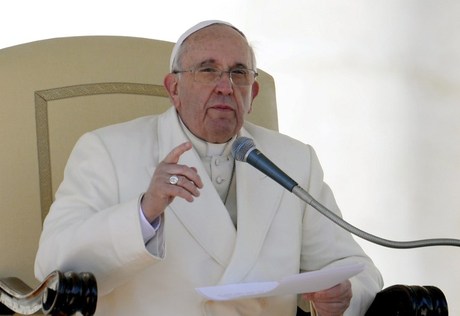 "In recent days, a report was made public which detailed the experiences of at least a thousand survivors... the abuse of power and of conscience at the hands of priests," the pope said in a letter made public by the Vatican.

"Even though it can be said that most of these cases belong to the past, nonetheless as time goes on we have come to know the pain of many of the victims," he said.

"We have realized that these wounds never disappear and that they require us forcefully to condemn these atrocities and join forces in uprooting this culture of death," he added.

The grand jury said that more than 1,000 child victims were identifiable, but that the actual number was "in the thousands."

The report is thought to be the most comprehensive to date into abuse in the U.S. church since The Boston Globe first exposed pedophile priests in Massachusetts in 2002.

Calling for "solidarity" with the victims and a fight against "spiritual corruption", Pope Francis said "no effort to beg pardon and to seek to repair the harm done will ever be sufficient."

"With shame and repentance, we acknowledge as an ecclesial community that we were not where we should have been, that we did not act in a timely manner, realizing the magnitude and the gravity of the damage done to so many lives," he said.

The Vatican had already expressed its "shame and sorrow" after the publication of the U.S. report, but Pope Francis' letter on Monday went further.

"No effort must be spared to create a culture able to prevent such situations from happening, but also to prevent the possibility of their being covered up and perpetuated," he said.

Pope Francis ended the letter by exhorting Catholics to "fasting and prayer", in order to "open our ears to the hushed pain felt by children, young people and the disabled."

It's not the first time that Francis, who became pope in 2013, has had to react to the scandal of child abuse within the Church.

At the end of July he accepted the resignation of prominent U.S. cardinal Theodore McCarrick, who has been accused of sexually abusing a teenager nearly five decades ago.

Among senior church members in the U.S. forced to resign for protecting pedophile priests were the late cardinal Bernard Law in Boston and cardinal Roger Mahony in Los Angeles.

The case of cardinal Law was the subject of a huge investigation by the Boston Globe, which won the newspaper a Pulitzer Prize and was subsequently turned into an Oscar-winning film, "Spotlight".