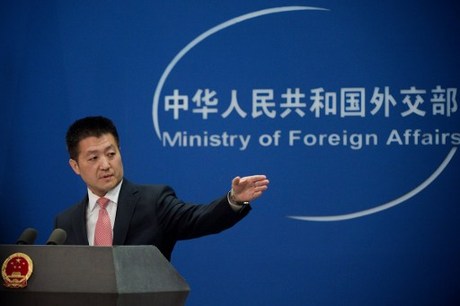 China said Tuesday it remains hopeful of "good results" from trade talks in Washington this week after U.S. President Trump threw cold water on the prospects for a breakthrough.

U.S. and Chinese officials are set to hold two days of talks in Washington starting Wednesday, their first formal discussions since June.

In an interview with Reuters, Trump said he did not anticipate much from the talks to be led by China's Vice Commerce Minister Wang Shouwen, and David Malpass, a senior U.S. Treasury official.

"Frankly speaking, as far as the Chinese side is concerned, since negotiations, consultations, are happening, we still hope to achieve good results," foreign ministry spokesman Lu Kang told a regular press briefing.

While the talks are going on Washington is due to slap fresh tariffs on a host of Chinese goods worth $16 billion, with Beijing pledging to react immediately with tit-for-tat tariffs on U.S. goods.

Washington is also holding hearings this week on another $200 billion worth of Chinese goods which Trump has threatened to target for new tariffs.

"We hope that both sides can quietly and steadfastly sit down together and commit to talks on the basis of equality and trust to bring a good result," Lu said.

"We don't like to say all kinds of things before the negotiations begin."

Trump also accused China of manipulating its yuan currency, which has fallen steadily against the dollar in recent months, to help its exporters in the face of higher U.S. tariffs.

In Beijing, central bank officials denied that they manipulated the yuan, saying its rate was determined by the market.

"China will not use the exchange rate as a weapon in the trade war," said Li Bo, in charge of currency at the People's Bank of China.