Report: Syria Tells Hizbullah to ‘Keep Troops on Its Soil’ 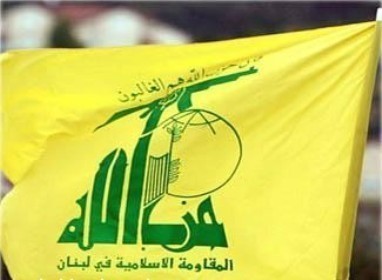 Hizbullah has reportedly “received an official request” from the Syrian leadership that its troops “should remain in Syria for an additional period of time,” even after the end of fighting in the north-west and north-east regions, al-Akhbar newspaper reported on Saturday.

The paper said the party “has made internal arrangements to organize this stay on the basis that it will extend over a long period of time.”

Hizbullah will “play a role assisting the Syrian authorities in accomplishing the civil reconciliation accompanied by the return of the displaced from Lebanon,” it pointed out.

The party "will also have a role in organizing the situation along the Lebanese-Syrian border," it said.

The longer they stay the more money it’ll cost Iran.... can they afford it? Using Hizbalot for accomplishing a civil reconciliation is an utopia. They’re already despised in Lebanon for what they are, Syrians hate them even more for their exactions,

Yes hezbollah is needed for 'humanitarian' reasons now in Syria to help 'settle' the displaced syrians:)!

Thank you southern for being patriotic and for posting under the patriotic alias; my favorite alias you use among many others.

I must thank you for pointing out that when hezbollah takes orders from Syria to keep its 'troops' inside Syria it is playing a role that benefits Lebanon & Syria and reinforces what our President keeps repeating about Lebanon's Dissociation Policy.

The Dissociation Policy and our resistance's honorable role in Syria, Iraq, Yemen and Bahrain have been a red hot topic on my group chat on whatsapp with my libanese-saudi-zionist university friends who keep claiming our resistance is a cheap tool in the hands of Iran and Syria; which of course I reject.

Finally, It is nice to see you never tire of commenting on every article including weekends. I must applaud your unwavering dedication to educate, promote, and seek the truth.

Syria Tells Hizbullah to ‘Keep Troops on Its Soil’

Any doubt left this is an alien iranian mercenary group of terrorists?

Please take them all!

al-Akhbar pretending that the Syrian regime still has a say on what troops stays in Syria.

You obviously have been sniffing glue again ya Hussain? First of all if Syria was united why was there a war there? secondly if Lebanon is united why do we have Iranian rule in segments of it? And third both Israel and the USA do not need to have "zionist" dreams in an area where Kizballah is providing that service. Kizballah is responsible for killing and migrating more Arabs than the last half century of war with Israel ya battal.