After Stinging Defeats, IS Revamps to Survive 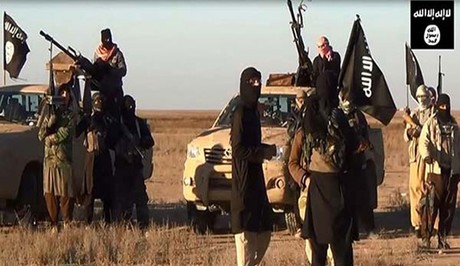 Four years after announcing its cross-border "caliphate" in Iraq and Syria, a stinging string of defeats has pushed the Islamic State jihadist group to reorganize and change strategy to survive.

Having lost all urban centers under its control in Iraq and pinned down to its last desert holdouts in Syria, IS has changed its administrative structure and shifted its focus away from operating the state-like apparatus it once ran.

IS will have to find "a new way of doing things, especially to recruit after heavy losses", an Iraqi security official, who asked to remain anonymous, told AFP.

At its peak, the self-proclaimed caliphate included 35 "wilaya" (provinces) mostly set within a swathe of territory spanning either side of the border between Syria and Iraq.

But following major military defeats -- including the jihadists' loss of their de facto capitals of Raqa in Syria and Mosul in Iraq -- IS propaganda outlets now only mention six "wilaya".

Former IS provinces like Mosul, Raqa and Kirkuk -- an oil-rich province in Iraq -- no longer exist.

Instead, the term "wilaya" is now used to refer to large chunks of territory like Iraq and Syria, along with Somalia, East Asia, Tajikistan and the Egyptian Sinai.

The administrative reshuffle marks a clear switch from 2014, when IS leader Abu Bakr al-Baghdadi boasted of having erased the "imperialist" design that divided the Middle East.

The proclamation was made with great fanfare as jihadists drove bulldozers across the Syrian-Iraqi border, symbolically destroying one of the frontiers drawn up by colonial powers as they carved out the modern Middle East from the ruins of the Ottoman Empire after World War I.

After years battling IS, Iraqi troops are now redeployed along most of the border with Syria, across which jihadists and weapons have long flowed unimpeded.

On the Syrian side, separate offensives by forces loyal to Syrian President Bashar al-Assad and a U.S.-backed coalition have pushed IS jihadists out of most of the territory they once controlled.

"The change proves Daesh's weakness and the loss of much of its leadership," the security official told AFP, using an Arabic acronym for IS.

IS's restructure "shows its central command lacks confidence in its wilaya commanders in Iraq and that it is reducing their powers to one (central) leadership", the official said.

Iraqi authorities regularly announce the arrest or death of IS leaders and relatives of Baghdadi, such as his son, who was killed in Syria in July by Russian missiles.

Baghdadi himself was thought to have been killed several times, and the U.S. has offered up a $25 million (21.5 million euro) reward for information leading to his capture or death.

In a purported new audio message released on Wednesday to mark the Muslim holiday of Eid al-Adha, Baghdadi called on his followers to "not give up the jihad against their enemy."

"Baghdadi's speech was one of consolation and condolence," said Hisham al-Hashemi, an expert on radical Islamist groups.

It was an "acknowledgment of defeat... but (Baghdadi) urged those remaining to persevere," he said.

The security official said that after losing ground in Iraq and Syria, "IS leadership is now focused on a global vision" modeled on al-Qaida.

Its cross-border state now destroyed, IS is instead likely to focus on spreading shock and terror around the world through dramatic attacks.

In a first, Baghdadi used his 55-minute recording to call for attacks in the West, saying an operation there would be "worth a thousand" at home.

Much of the address was reminiscent of approaches long used by al-Qaida, according to Hashemi.

In it, the IS leader scorns the U.S., blasts Shiite Iran, and calls on Sunni Muslims in Iraq to denounce the Shiite-dominated paramilitary units of the Hashed al-Shaabi.