Who are The Haqqanis, Afghanistan's Most Feared Insurgents? 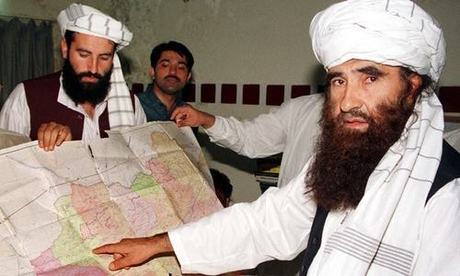 The Taliban announced Tuesday the death of Jalaluddin Haqqani, a former CIA asset whose eponymous militant group is now considered one of the most dangerous factions fighting Afghan and US-led NATO forces in Afghanistan.

The Haqqani network was founded by Jalaluddin, an Afghan mujahideen commander fighting the Soviet occupation in the 1980s with the help of the United States and Pakistan.

Now a Taliban affiliate, it is blamed for some of the most shocking and brutal attacks across Afghanistan since the US invasion of 2001. Designated a terror group by Washington, targeting it is one of the top US priorities in the region.

Long suspected of links to Pakistan's shadowy military establishment, the network was described by US Admiral Mike Mullen in 2011 as a "veritable arm" of Pakistani intelligence.

- Who are they? -Jalaluddin gained notoriety for his organisation and bravery during the Afghan conflict of the 1980s, garnering attention from the CIA and a personal visit from US congressman Charlie Wilson.

A fluent Arabic speaker, Jalaluddin also fostered close ties with Arab jihadists, including Osama bin Laden, who flocked to the region during the war. Later, Jalaluddin became a minister in the Taliban regime.

He is believed to have been ill for several years. The network has been led by his son Sirajuddin, who doubles as the Afghan Taliban's deputy leader, for some time now.

The Haqqanis are known for their heavy use of suicide bombers. Analysts have long suspected them of being behind some high-profile attacks in Kabul that have been claimed by the Islamic State group in recent years.

Among many spectacular assaults, they were accused of killing around 150 people in the heart of Kabul with a truck bomb in May 2017 -- though Sirajuddin later denied the accusation in a rare audio message.

The network has also been accused of assassinating top Afghan officials and holding kidnapped Westerners for ransom.

That includes Canadian Joshua Boyle, his American wife Caitlan Coleman, and their three children, who were released last year. They also held US soldier Bowe Bergdahl, who was released in 2014 in exchange for five Afghan Guantanamo Bay detainees.

- Where are they now? -Following the US invasion of Afghanistan, Taliban fighters flooded across the border into Pakistan, where they regrouped before launching an insurgency against the Americans.

That included the Haqqanis, who coordinated attacks on NATO from across the border in their stronghold of Miranshah, the biggest town in North Waziristan, one of Pakistan's loosely governed tribal areas along the border with Afghanistan.

The US launched repeated drone attacks against the group, while Pakistan's military conducted successive clearing operations, though sceptical Afghan officials have noted they always seemed to miss the Haqqanis.

Islamabad intensified military operations in North Waziristan in 2014, however, and now insists that there are no militant safe havens left on Pakistani soil.

Some militant sources say the pressure forced many of the Haqqanis underground or over the border into their Afghan strongholds, claims that AFP could not confirm.

Unverified reports have placed Jalaluddin in Pakistan in recent years. There is no confirmation yet of where he was when he died.

- Why are they linked to Pakistan? -Pakistan sees its arch-nemesis to the east, India, as an existential threat, and has long sought influence over Kabul as a bulwark against New Delhi.

The Haqqanis have frequently been accused of targeting Indian installations in Afghanistan, spurring speculation they were overseen by Pakistani intelligence.

Analysts say Pakistan appears to view the Haqqanis and more broadly the Afghan Taliban as an asset holding India at bay in Afghanistan.

Politicians and retired military officials in Islamabad acknowledge privately that having open channels with the Haqqanis is vital, with many insisting that maintaining contact is not the same as offering support.

- What happens next? -With Sirajuddin firmly in charge, Jalaluddin's death may not have much strategic impact on the network's operations.

Washington, which believes Pakistan is playing a double game, has long pressured Islamabad to crack down on militant groups, with the Haqqanis a top priority. Islamabad has repeatedly denied the claims.

On Saturday, the Pentagon announced it was cancelling $300 million in aid to Pakistan over its lack of "decisive" action against militant groups.

The cut, part of a broader freeze announced by the Trump administration in January, is seen as another attempt by Washington to bend Pakistan to its will.

However, analysts have said the moves are too little, too late, and that until the US addresses Pakistan's fears over India, Islamabad will not shake its support for militant proxies.

At any rate, a crackdown on the Haqqanis might not be easy on either side of the border because of their strong local links in a society where tribal ties matter more than what outside powers want.