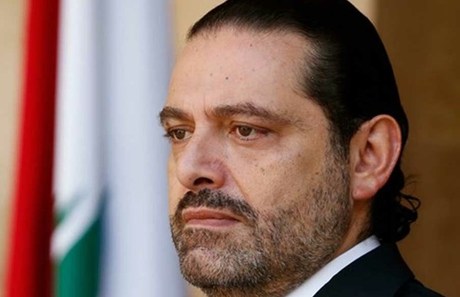 Quoting al-Mustaqbal Movement sources, the daily said “Hariri is keen on coordinating efforts with Aoun and on having good ties with him,” but he believes that some are trying to “sabotage these relations and obstruct the Cabinet formation.”

“The recent draft Cabinet line-up was a serious chance to form a well-balanced government, he has given all he can,” they added. “He believes some are trying to sabotage and obstruct. The time will come and these parties will be named.”

On Wednesday, Hariri presented a draft Cabinet line-up to Aoun which “failed to meet the President’s approval,” according to reports.

Hariri was tasked with forming a new Cabinet on May 24. His mission has since been delayed because of disagreements between political parties over Cabinet shares, mainly the Christian and Druze representation.

Novichok could be the answer to our problem. If someone could just go shake their hands and give up his life for the greater good. He or she will get our eternal gratitude and monuments all over the country to praise his or her courage.

they wont let him form until they exhaust him to the point of disaster then he has to form. I say, stay strong Sheikh Saad and dont let them get you. No one is in any hurry other than the orange man in baabda, and frankly its his loss, get him to be lenient, what is he going to do...